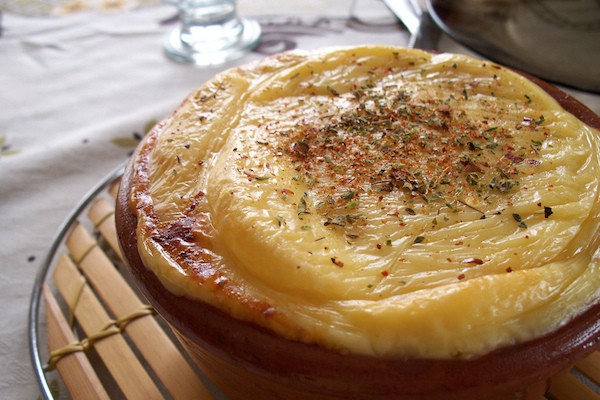 Queso (cheese) is the culinary event that comes before your bife de chorizo (sirloin).  And the star attraction of that first course is provoleta, a popular Argentina appetizer that is barbecued in chunks and often seasoned with chili and oregano, served with chimichurri sauce. When quesos share the plate with cold cuts during wine tastings, the dish is called a picada. And then of course there is pizza: it is said that there are more pizzerias than steak-centro parrilla restaurants in Buenos Aires. Pizza lovers have a choice of three preparation styles: a la piedra (stone baked), al molde (deep and spongy) and a la parrilla (on the barbecue grill).   ♦  Perhaps no institution takes its quesos more seriously than Palacio Duhau- Park Hyatt’s stylish Vinoteca, whose Argentina wine tastings and cheese pairings add up to a degustation deluxe.  A special Cheese Room accommodates 24 different cow cheeses, 7 goat cheeses, and 3 ewe-milk cheeses including Spanish-style machego. Top quesos are produced mainly in the Buenos Aires and Cordoba provinces.