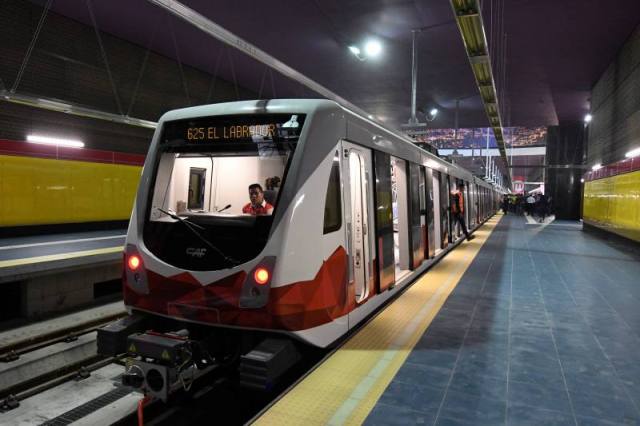 ♦ The QUITO METRO (Metro de Quito or MDQ,) is scheduled to launch the end of 2019 (hopefully).  The single-route line runs 22.9 kms (14.2 mi.) linking 15 stations, from Quitumbe in the south to El Labrador in the north. There will be only one stop in the Old Town, San Francisco; however, the station will actually be located a couple of streets away, moved to avert damage to archaeological remains.

♦ The QUITEÑO SCHOOL OF ART , founded in 1552, developed following the Spanish conquest, with religious painting and sculpture serving as tools to convert the indigenous populations to Catholicism. It was art (and large-scale architecture) in the early and splendid monasteries and cathedrals that inspired awe and were designed for both visual religious instruction and to provide icons of worship that would replace former idols.  Earliest examples are Quito icons. The Church and Convent of San Francisco (16th century) is the largest religious building in the city, home to the city’s oldest religious order. Its rich treasury contains 4,000 art objects, and the main golden altar is home to the Virgen of Quito, sculpted by Bernardo de Legarda. Legarda also did the altar piece in La Compania de Jesus church (16th-17th centuries), considered the true summit of Latin American baroque architecture, a temple overwhelmed by the splendor of its gold leaf pillars, vaults, domes and woodcarvings.  An absolute artistic gem of a temple is La Merced Church and Convent (16th century), which in addition to a fountain depicting Neptune and the 14 Stations of the Cross, has paintings of artists Miguel de Santiago, Nicolas Goribar, Bernando Rodriguez and Manuel Samaniego. Most specially, Manuel Chill, known as Caspicara, created the Quito School’s most beautiful polychrome carvings—with an occasional bow to realism in the use of human hair and false eyelashes, nails and glass eyes.

For those who want to learn hands-on the work of inspired artisans of the colonial period, the Quito Workshop School —  which participates in city preservation projects — features 11 workshops, a museum displaying the artistic masters, and an Arts & Crafts Store where hand-carved objects are for sale.