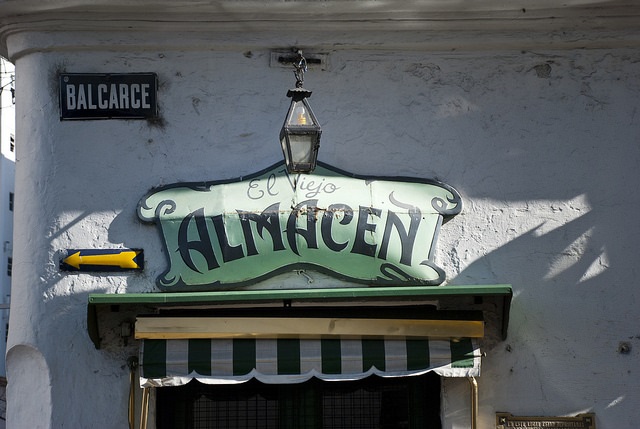 San Telmo is rapidly transforming into one of B.A.s trendiest barrios, perhaps second only Palermo. It still maintains its old-world charm, along narrow cobbled streets running beneath Parisian and Spanish-style buildings. It’s a bohemian enclave, attracting tourists, locals and performers. By day, one of the largest attractions is the San Telmo market, opened in 1897 to cater to the needs of newly arriving immigrants from Europe; the building was de4clared a national historic monument in 2000. Beneath metal columns and beams, stalls sell food, antiques, crats, records and toys; for what is called the best coffee in the city, drop in at the Coffee Town stall.   ♦  San Telmo is full of tango clubs, one of the most notable is El Viejo Almancen, an example of colonial architecture, it was built in 1798, and was a general store and hospital before its reincarnation as the quintessential Argentine tango club. Consider also the 100-year-old San Telmo mansion, transformed into tango-themed Mansion Dandi Royal Tango Hotel, a 30-room boutique property offering daily tango lessons in its own dance hall.