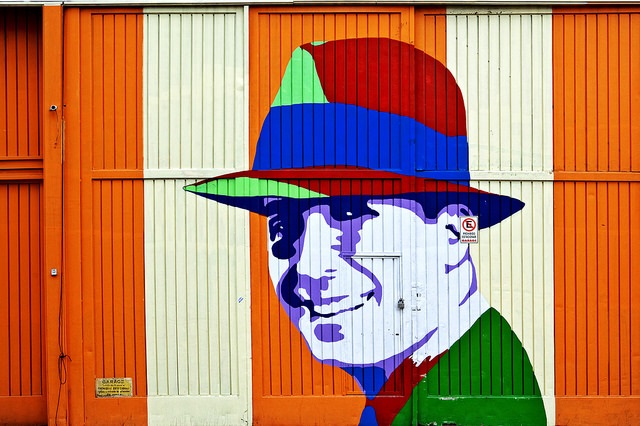 Zanjon de Granados gives visitors a chance to explore an urban archaeological site that packs Buenos Aires history into one unusual house. Guided tours of the villa take you through a 500-foot network of tunnels once used to channel water into the beautifully restored residence that incorporates three centuries of urban living including a wall dated to 1740.  ♦  Zelaya Pasaje in the Abasto neighborhood boasts one of B.A.s most famous and identifiable examples of street art: a large wall mural of singer Carlos Gardel, fitting of course, because the country’s greatest tango star of the 1920s and 1930s called Abasto home.  ♦  Actually, street art spreads its colorful murals in different corners of the city and is the super-star attraction of many walking and biking tours. Two special picks providing focus and fresh insight into the modern street art movement are designed by Graffitimundo—a non-profit organization supporting the urban art scene of Buenos Aires: The Street Art Walking Tour covers the up-and-coming neighborhood of Colegiales and the hidden enclaves of Palermo Holywood; the two-hour tours run every Tuesday. The Urban Art & Activism Tour explores the historic and industrial barrios of La Boca and Barracas, neighborhood steeped in art and history and home to some of the most huge and spectacular murals in the city. Operating on Mondays, this tour takes an in-depth look at the effect of politics, economics and social change on B.A. street art and activism.

W is for What’s Cooking and What’s Wild

What’s cooking in BA? On the stove, in the oven or on the barbecue grill,…