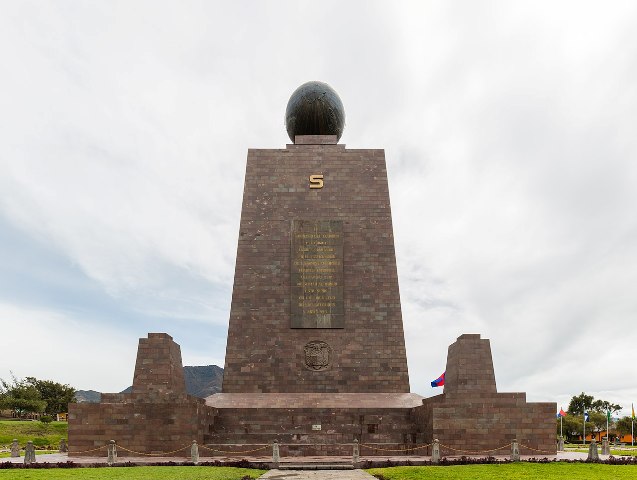 ♦ The EQUATOR a.k.a. MITAD DEL MUNDO a.k.a. Middle of the World. Located just 20 minutes outside the capital, this tourist complex was constructed to mark the Equator outside Quito and sits at 0 degrees latitude (or close enough according to some).  It’s marked by a tall monument where visitors can straddle the imaginary line, one foot in each hemisphere. Also onsite is a small museum, a planetarium and an insectarium.

♦ ESCONDIDA TRAIL – a newly designed pre-Colonial route, beckons discoverers. One hour from Quito along the Panamericana Norte, is the first destination, Puellaro, with a small, handsome 19th century church. It is one of five villages on the road. Next stop is Perucho, a leading producer of apples and tangerines;  Atahualpa was a resting place for Inca Atahualpa and his warriors – visit the fascinating cemetery; San Jose de Minas, a mining town, known for the devotion of residents to their patron saint; and final stop, Chavezpamba at the spectacular viewpoint at Mt. Itagua.